Ahn Yuna would be the ace in Korea!

She's really pretty and good dancer and she has charisma dancing.

She has a lot of moles like Mina. The Japanese visuals. 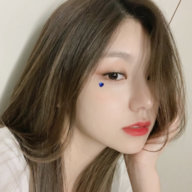 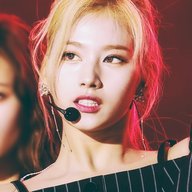 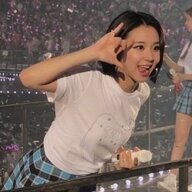 Mako killed it as expected 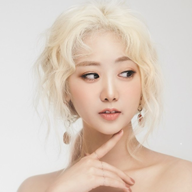 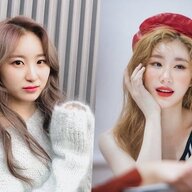 Running analysis of cut scene girls for episode 3.5 and 4. By this I mean when they are focussing on one of the girls then the do a cutscene to a different girl for a reaction or commentary. This is an indication of who the show editors like. Doesn't mean they pass but it does mean that the people editing the video like that person. You can put your own spin on if that means they eventually pass and go to Korea or not. How I did this is if the person or up to 2 people are the camera focus then they each get 1 point. If they speak in a cut scene they get 2 points. I'll only mention the top 12 girls. Some barely get anything while others get way way more. I was a bit surprised as I had thought the 3 current JYP girls were higher in the list but that might because of my biased memory.

EP.4
- Mako is such a good dancer, she is a favorite for sure. I wasn't really satisfied with her audition dance, but I really loved this one.

- Yuna didn't really stand out from the still shots earlier. But when I saw her perform, she was really adorable.

- Riria did well for her DD cover, although she is lacking in dance. She performed with effort and I liked her energy. I understand and agree why she passed the dance.

- Rio is a great dancer, that's a fact and she knows it too. However, I agree with what JYP said to her. She is auditioning to become an idol who performs for their fans, not a dancer. An idol is completely different from a dancer.

- Ayaka does look like Bae Suzy once JYP pointed it out. I don't really have an opinion on her other than she's pretty. I can see her improving in the future.

- Akari, don't really have big opinion on her. She could've told JYP that she was hospitalized which could affect her performance, but she didn't. I admire her professionalism, but I hope she doesn't push herself too much. Her smile is great.

Based on the episodes/auditioners seen so far, my favorites are Miihi and Mako. Contestants I have my eye on are Rima, Nina, Maya, Yuna, Erina, and Akari.

I wish we can see more of the contestants that weren't properly shown yet.

1. Mako - She's a really talented dancer and she gives me major Yeji vibes. She's perfect for the leader position since she's experienced and also one of the older contestants.

2. Miihi - More or less a shoo-in considering she's clearly one of JYP's favourites. Nonetheless, she's an amazing singer and overall a really cute girl. I like her dancing as well! Really cute.

3. Rima - Can sing, rap, dance, plays the drums, can speak 3 languages, is stunning. Perfect member for the group! I would rank her higher but I feel like she's fell a bit under my radar since Miihi and Mako are getting a lot of attention (granted we're only on episode 4 but still.)

4. Ayaka - Really pretty and has a somewhat awkward but endearing personality. Every group needs their visual and she seems like the most suitable person to fill that role! Also, her dancing isn't terrible so she can easily improve.

5. Yuna - Kind've a weird pick for me just because I'm not sure how to feel about her. She's kind've just there, I guess? Maybe it's just that she doesn't stand out to me as much as the other JYP trainees, but she's still talented and cute and would make a great addition to the group.

6. Nina - Another favourite of JYP's so I feel like regardless of if I want her in or not, she's one of the runner ups to be in the group. If Miihi doesn't get the main vocal position, it'll obviously go to Nina. Her dancing could improve, but it's nothing 6 months of training can't fix.

7. Suzu - I only recently came to the decision of wanting Suzu to debut. She's got a 4D personality and has a complete on and off switch when performing vs. her normal self. Even though she isn't very skilled, I feel like she's determined to learn and grow and I'd love to see where she'd end up after 6 months of polishing.

8. Momoka - A completely random decision. She's pretty and they keep showing her between performances so clearly the cameraman agrees

9. I'm fine with Erina, Mayuka, Moeno, Miu or Rio as the final member