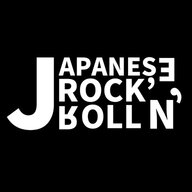 Today I will listen to Miho’s first full album… Huh, idol music? Yes! For a few years I slowly also discovered the world of Japanese idols. Via via, I encountered Derek’s idol support and became also interested in the idols he currently produces. After watching Miho live videos and her music of “doubt”, I couldn’t wait to listen to her first full album! How would she sound on disk? Would it give me a different feeling? Well, let’s figure it out! Firstly I’ll explain each track, and at the end I’ll write a short message about my own feelings!

Miho’s 1st full album contains 7 tracks. The vibe of this album is pop with a taste of rock and soft-feeling-metal as well. Also two songs are written about her loss of her own father. Every song is very easy to like and listen to. If you are a fan of pop/idol music, be sure to check it out.

The album starts with a short but lovely SE track which leads you beautifully into the track “Doubt”. This song you surely have heard lots of times in its live version and I’m sure you already have enjoyed the MV as well. This song is about how the world has torn us all down and we feel so much doubt in various things in life. We don’t even know what’s true anymore. Because the kings and Queens of this world make us feel like losers, but we have to fight back, it’s like the card game “Doubt”. The song is sung in Japanese with a few English words and sentences. It’s really lovely how Miho pronounces the part “Fuck you!! Shut up!!” (In English) It fits perfectly with the musical vibe of the song but also how the lyrics are sung.

From the feeling of being stuck in this world, were transferred into “A Knife of Words”. Which is yes about bullying with words, in the old days it was a simple stab into your face, while nowadays you can read all horrible words online, which can lead to horrible ends. The melody of the song sounds dreamy yet with a very strong nuance which makes all sung words strongly sting into your heart.

After listening to some thoughtful lyrics it’s time to listen to a love song, right? “Come On” will bring it to you! It starts with a nice drum beat and strong guitar solo. The lyrics are about how you wanna make love to someone you love. The strong rock/metal sound makes it feel even stronger that you want to love someone deeply in a lovely, deeply romantic way. Miho’s voice is simply hot as she sings parts of the lyric merged with the melody. It’s a nice song to play when you wanna make the atmosphere with someone you love.

However we all also lose our most dear ones, the next two songs are about such loss. “Matryoshka”. It’s a song about dealing with the loss of a dear person, telling you aren’t the only one with the same problem, so that you shouldn’t give up your hope but to release all sadness. The way how Miho sings this track you can feel her own sadness but also her own strong “hope”. “Ito” Is about how much Miho misses her father and that she still wishes to be connected with him. Inside this track there are also guest vocals by Dai-san, the vocalist of ZEROSHIKI, he plays the role of the father in this song, which is totally wonderful and heartbreaking. Whenever the lyrics are sad in an abstract way the melody also gives you power to stay strong! Whenever you have lost a parent, brother, partner… etc. Or might you haven’t lost someone yet, both songs can give you the power to stay strong.

The album closes with the song “Good Day”, It was the first song written for Miho (Of course she wrote the lyrics herself), How the song is written it fits her voice perfectly. It’s a song about finding joy and happiness in our daily lives, just how we face life daily. The happy upbeat melody already gives you a happy mood while listening to it. So if you have a bad day it’s the perfect song to smile again. This song also gives me nostalgic jpop feelings, which is also enjoyable.

While I wrote the little paragraphs about each song, I played the album over and over again, each song flowing smoothly into the other and Matryoshka and Ito stays heartbreaking but also gives you lots of power. The overall power of this album is amazing, it has been a while since I’ve listened to such a powerful pop album, usually I wouldn’t like all songs, but this time I’m just overwhelmed and keep on listening to each track endlessly. Miho’s voice is also easy to listen to and easy to like. I’m usually not a big fan of ‘female vocals’, but each track is lovely written to fit the vocal sound of Miho.

I would totally recommend it to those who prefer solo idols. I also think it’s an album you can play to everyone, I doubt anyone would say “It hurt my ears, please put it off”.

You can buy this CD via the idolunderworld webstore, there are 6 buying options. If you love Miho already or if you can miss 12,000 yen out of your pocket, be sure to get that version, because you will also receive some great bonuses which you surely wouldn’t regret.

If you want to know a little bit more about Miho and didn’t watch her interview with IDOLONCHAOS* last year, then please watch it now.