As you can see, I am hosting a GFX game! I’ve noticed that both games and GFX have slowed down on the forum so I wanted to see some cool stuff as it has been a while. The game is pretty simple. There will be 5 mandatory rounds, including the final round (there will also be a bonus round.) Each round will be 24 hours long and will have a central theme or challenge.

There will be three judges, including myself. The judges will be entirely unbiased, and will have no relation to anyone who enters this competition.

There will be a rating system based on a rubric:
Skill /5
Creativity /5
Execution /5
Polish /5

A total of 20 points per user, per round.

Prizes:
All of the prizes are the standard H+ prizes, however, first place will get 1 month of Nitro on discord. If you already have nitro, consider this month paid for.
1st place - 3 orbs + Nitro;
2nd place - 150K coins;
3rd place - 100K coins;
participation - 20K coins

Sign-ups will last until tomorrow when the game starts. However, users can join in for the challenge later on. The only catch is that they will not be able to re-submit the rounds they missed and will get a 10 point penalty overall.

As many of you know, there aren't many people on the forum left who do GFX as often these days, so for that I would suggest to a novice... take the chance. You never know!

I'm making this up as I go, so keep up 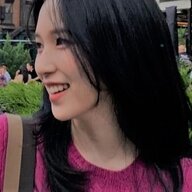 Well, I already have 5/5 for that one each round

Chomiczewska said:
Well, I already have 5/5 for that one each round

I will adjust the score accordingly

Not to say that Im in love with you

I’ll be at work then

ARandomFan said:
I’ll be at work then

if there is a level lower than novice, that would be me... be aware.
smu llama queen ghostface said:
if there is a level lower than novice, that would be me... be aware.
smu llama queen

I gotchu, and you're better than a novice 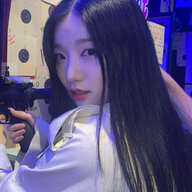 ROUND 1 : Of Pride
Share a work that represents you. Something that shows your skills, and gives a flavor of your influence. This work must be new.
It cannot be animated, however. 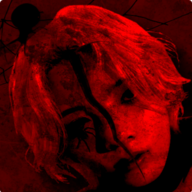 Can I sign up? Or is too late?
I fell sick so I want a distraction. Hdjdjdnd

ghostface said:
i set myself up...​
Click to expand...

You've got this! Just try your best

ghostface said:
i need a 100 for effort

So, no one was going to mention that I forgot to make the explanation available? (and usernames)

Anyway, judging is going to take a bit, since someone convinced me to change judges but also did not show up.
We will be moving on to the next round regardless, as the results will be out within a few hours.

Round 2: Business Card + Logo
Create a logo that incorporates or symbolizes your username. The logo is to be represented on a business card. The entire piece will be judged together. You will only be designing one side of the business card. You don’t have to use these in particular, but here are some templates to use for the card.
(To scalp the photos, post their link on discord, then save the image from the icon that shows up)
If you guys need any help, just PM me on H+ or Discord!