How 16-year-old Greta Thunberg became the face of climate-change activism.

On September 20, an estimated 4 million people in 161 countries took to the streets in the largest climate change demonstration in history.

At the helm of this Global Climate Strike was 16-year-old Greta Thunberg, who has entered the global spotlight over the last year as the leader of a youth movement that's pushing governments and corporations to address the climate crisis.

Thunberg launched the "Fridays For Future" movement — or School Strike for Climate (as it says in Swedish on her sign) — in 2018, encouraging students to skip school to demand action on climate change from their governments. In November, when she was a ninth grader, Thunberg staged a strike for two weeks outside the Swedish parliament, demanding that the government cut emissions by 15% a year.

"This is all wrong. I shouldn't be standing here. I should be back in school on the other side of the ocean," she said with tears in her eyes. "Yet you all come to me for hope? How dare you! You have stolen my dreams and my childhood with your empty words."

To get to the UN event, Thunberg sailed across the Atlantic on a zero-emissions boat to avoid the carbon emissions that would have come from flying.

Change will never happen she’s wasting her time. As long we have corporations paying politicians and having them as their lapdogs nothing will change. I think it’s better if humanity goes extinct to be honest. 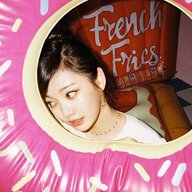 Joker said:
Change will never happen she’s wasting her time. As long we have corporations paying politicians and having them as their lapdogs nothing will change. I think it’s better if humanity goes extinct to be honest.
Click to expand...

I disagree. She's giving hope to a lot of young people and is waking up some adults, like our parents. She's influencing people, especially young people, to act for our future and not to be passive. I come from a country where striking is deeply rooted in our culture, there's not a week without some group going on strike or protesting in the streets. But in 21 years, I've never ever seen so many young people acting to save the planet or demonstrating in our streets, that's truly something that happened thanks to Greta. Because she took the lead and showed that it's possible and important.

It might be because of my culture that I think that way, but I think that even if corporations do nothing and stop bills from being passed because of their money and powern we can still change the world. There were many examples in History where people without power fought for what they wanted and won against the powerful ones (starting from the french revolution...). All of these examples succeeded because someone was leading and people were united for a same goal. If everyone starts doing something, if everyone has hope, then we can do it. There will be a time where corporations won't be able to do anything because so many people will be boycotting them or striking and they will have no choice but to listen to us.

A few months ago, the European Union election took place. Green Parties accross the Union ranked really well, like in Germany for example where they ranked 2nd. In France, they ranked 3rd and were the most voted party by young people. For me, it means something. The Green Parties didn't get so many votes from so many countries the lasts elections.

Sorry for the long post lol. But let's say you're right and nothing changes. Then she still won't have wasted her time because now she has a political career and by seeing at her impressive public speaking skills, I think she doesn't need any diploma to find a high paid job lmao
You must log in or register to reply here.
Share:
Facebook Twitter Reddit Pinterest Tumblr WhatsApp Email Link
Top Bottom