Our Team is back to bring you an amazing interview with Korean R&B solo artist & influencer, AVYN! She has her own YouTube channel where she occasionally posts covers and shares her adventures of living in Thailand. She made her debut as the leader of the Kpop group Peach Girl in 2013 under the name mimi, only to later go on to establish a solo career after the groups' disbandment. She officially made her solo debut in 2016 under the name IMimi (이미미) with the release of "Marilyn Monroe Complex" only to rebrand herself in 2018 as Avyn. She is currently active in both Thailand and South Korea, we hope to get to know and understand her more through this interview and the Hallyu+ Team is excited to share this interview with you and hope you find another amazing artist to add to your playlist!
​
Hello, AVYN! How would you introduce yourself to those who are not familiar with you?
I lived as a trainee in Korea for 7 years and debuted as an idol before starting a solo career and activities in Thailand.

When and how did you become interested in singing?
I enjoyed singing and dancing since childhood and vowed to become a singer after receiving a Mariah Carey album from my father.

You first debuted as a member of the girl group Peach Girl before embarking on your solo career. How did you join the group, and what was your experience like? Do you still keep in touch with the former members?
I became a member of a Peach Girl through auditioning. I later made my debut after 7 years of hard training! But idol life was not as I expected, so it remains a good memory.

Do you have any stories you’d like to share about your training period? Perhaps any advice for those who might be looking into joining the entertainment industry?
I believe that there are many people who want to make a debut as an idol but quit because it’s not easy. I believe that if you love music, then you need to try hard to practice singing and dancing until you see yourself to be perfect. It’s a battle against time and patience.

What was it like being a leader of the group? Was it a difficult experience for you or you found it easy?
I feel regretful that there were many things I lacked as a leader while working with friends with different minds and thoughts. Sometimes, I miss them when I think of them.

After a girl group, you debuted as a solo artist. How is it different from being in a girl group?
When I made a debut as a solo artist, it was fully my problem and responsibility if I did good or bad. I felt more pressured and more responsible, so I tried my best. The results on stage were not as much as I have expected and practiced, but I felt happy and thankful that I had the opportunity to stand on stage. To compare with being in a girl group, the whole stage was my own.

What was the feeling like when you first stood on the stage?
I don’t recall how much time passed by on stage or how I sang, but I was trembling to the point my whole body was stiff because I was concentrating so hard. Haha.

Your most recent songs “Into You” and “Sunnyside” both have R&B feeling about them. Will you continue with this genre for your future releases or are you interested in branching out? If so, what type of music would you like to try next in the future?
I started music because of R&B and I will continuously sing R&B.

What has been the most memorable and best thing to happen to you so far?
The most memorable moment is the time I have spent and worked in Thailand. The memory is so precious I can’t trade with money.

What is your favourite trait about yourself?
I enjoy travelling and eating great food!

What would you like to achieve in your music career? What’s your biggest goal that you’ve set out for yourself at this moment?
I want to make an album in Thailand.

Do you have any special hidden talents you’d like to share one day with your fans?
Eating 10 bowls of Thai noodles. Haha.

Would you like to try to do more in the entertainment field beyond singing such as acting? Or something else?
The ultimate goal for me is to become an influential influencer and celebrity in both Thailand and Korea.

What do you think you would be doing if you were not a performer?
Either entertainment and radio. I think I would become a choreographer.

Now let’s talk about what is your life like in Thailand, what is the biggest difference between working in the music industry in Thailand as opposed to Korea?
It was difficult to communicate with people because of the language barrier. Also, the music style is a bit different from Korean music, so it was a new experience for me. 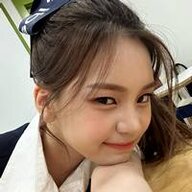 Thailand has love for everyone. Great in depth interview. Thanks PR team! What a lovely interview! I decided to look for her music on Spotify after seeing the interview

Her voice is so sweet sounding!

Thank you to AVYN for doing this interview!

And of course thanks to everyone that helped with the interview!

So Iconic - User OT Month 4 April , May AND June

"I like everything about Thailand – the culture, weather, food, and even the people." Sounds great, lord i can't relate