Animal Crossing: New Horizons released last week, and over a million players around the world have been developing their island. Even Japanese voice actors have been getting in on the fun, with a number of them reporting their progress on Twitter.

Attack on Titan voice actor Yuuki Kaji started his island life on March 19 and has advertised when special events, like a meteor shower, are happening so his friends and colleagues can visit. Voice actor Daiki Yamashita dropped by Kaji's island to take in the sky display.


​
There are a lot of different activities to enjoy in the game. For instance, would you wear dresses designed by Fire Force and My Hero Academia voice actress Aoi Yūki? Yūki shared a pretty pink dress she made in the game on Monday.


​
STARMYU voice actor and singer Arthur Lounsbery is getting busy setting traps for the dangerous (but valuable) tarantulas.


​
Demon Slayer voice actor Natsuki Hanae is live-streaming his Animal Crossing playthrough on YouTube. If you want to hear him voice all of the islanders, you can watch in the video below. 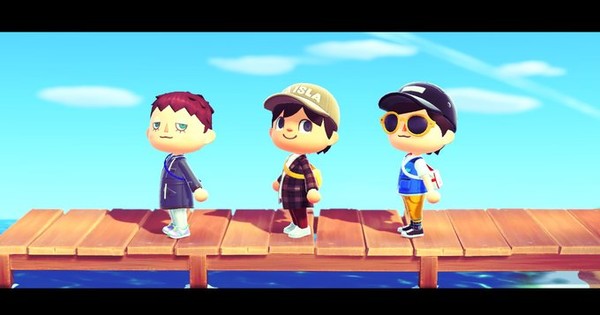 The Genre is BTS

I don't need this game, but seeing all this stuff about it makea me wanna get it so badly