"Better Days" is a Chinese film directed by Hong Kong actor/director Derek Tsang based on a Chinese web-novel that tackles the difficult topic of school bullying and violence, starring Zhou Dongyu as Chen Nian & TFBOYS' Jackson Yee as Xiao Bei, and is the latter's first major film role. The film was released in 2019 and is likely one of the most poignant examples of school bullying and its effects on teenagers and the suffering they undertake in recent years. The film's main character, Chen Nian, witnesses the death of her classmate, Hu Xiaodie portrayed by BonBon Girls 303 member, and Jackson Yee's fellow labelmate, Zhang Yifan, who commits suicide by jumping off the roof during the middle of the school day. Following this incident, Chen Nian is called in to be questioned by the authorities surrounding the circumstances of her death and is targeted by her deceased friends' bullies as a result. This comes all on the eve of the national gaokao, which is the Chinese national college entrance examination.


The film begins in 2015, where our female lead, Chen Nian, is teaching a class of students about the tense system of the English language. She poses the question to them: "This used to be our playground. This was our playground. Does anyone know the difference between was and used to be?" She establishes the difference as 'used to be' displays a sense of loss whereas 'was' does not reach that point. Throughout this, we see Chen Nian reminiscing of moments that have passed noticing a student within her class that seems to be the subject of bullying which brings us back to the past — 2011 to be specific — where Chen herself was the target of extreme bullying and school violence.

The Chen Nian of 2011 was a much different person than the one we meet in 2015. She was a lower-class student from Fujian who, somehow, was able to stay at the top of her class despite this fact. It was during this year, just mere months before the gaokao that she had spent her entire school life studying for, that one of her classmates, Hu Xiaodie commits suicide right in front of the entire student body by throwing herself off a balcony. Chen Nian was not close friends with Hu, but feels sympathetic for the latter and finds it in herself to cover her classmate's deceased body as a matter of respect. This one simple action is the event that triggers the gang that was harassing Hu Xiaodie, led by Wei Lai, to paint a target on Chen Nian's back, marking her as the new social outcast.


It is shortly after this that she meets Xiao Bei, a low-level thug that lives in the same district as Chen Nian. After seeing that the latter is in trouble from her harassers, he offers her his services as her protector. It is during this period that she angers her tormentors even more by reporting them to the police over the circumstances surrounding the death of Hu Xiaodie and how they were the ones responsible for the student succumbing to depression and taking her own life due to the daily life of torment she was living. Following this, she is pursued outside of school by her tormentors which finally causes her to accept Xiao Bei's services and accept him as her protector while falling in love with each other in the process.

"Better Days" is both gritty and realistic, both in its portrayal of its themes and its lighting and composition. The film tackles societal problems that don't just affect China, but the wider global landscape that makes you feel immense empathy towards the main character, as almost everyone has been affected — or know someone who has been affected — by school violence and bullying in their lifetime. The film also gives an honest portrayal of just how tense gaokao can be through its depiction on film and the constant reminder of the ever-encroaching date for the college entrance exam and the stress that this once in a lifetime exam puts on senior student The fictional media states that there were over 5 million taking the gaokao in 2011 thus giving us a glance on the pressure put on everyday students within the country.


There was one topic in the film that I found to be greatly thought-provoking, which was the question of where bystanders sit when it comes to bullies and the bullied. There are two particular instances in the film that highlight this. The first is Chen Nian's honest confession to Xiao Bei that she did not hate Hu Xiaodie when she ignored the latter's attempt to become close to each other when in actuality she liked her and would have loved to be friends with her. The second instance is when, while attempting to chase and attack Chen Nian, one of Wei Lai's friends allows Chen Nian to escape from their grasp by pointing them in the other direction. These issues perfectly encapsulate the moral dilemma of being a bystander, and whether or not you remain complicit in the violence. Do you stand up for someone and risk becoming the next target like Chen Nian, or do you stand by and hope that they don't see you like those surrounding Wei Lai?

I found the chemistry between the main characters to be fantastic despite the age gap — a little over eight years — as the romance that is present in the film does not detract from the story, which is the focus of the film. The majority of the pair's relationship throughout the film is largely focused on emotional affection rather than physical. This is greatly represented in the scene where Xiao Bei expresses to Chen Nian, "You protect the world, I protect you," thus showing just how dedicated he is in the safety and happiness of the latter and is something that should be greatly admired.


In conclusion, "Better Days" is a fantastic film with a thought-provoking message that will show you just how brutal high-school can be, explaining to us that school violence does not always strictly happen at school and will give you a birds-eye-view on just how harsh high-school can be, no matter what stage in life you're at. 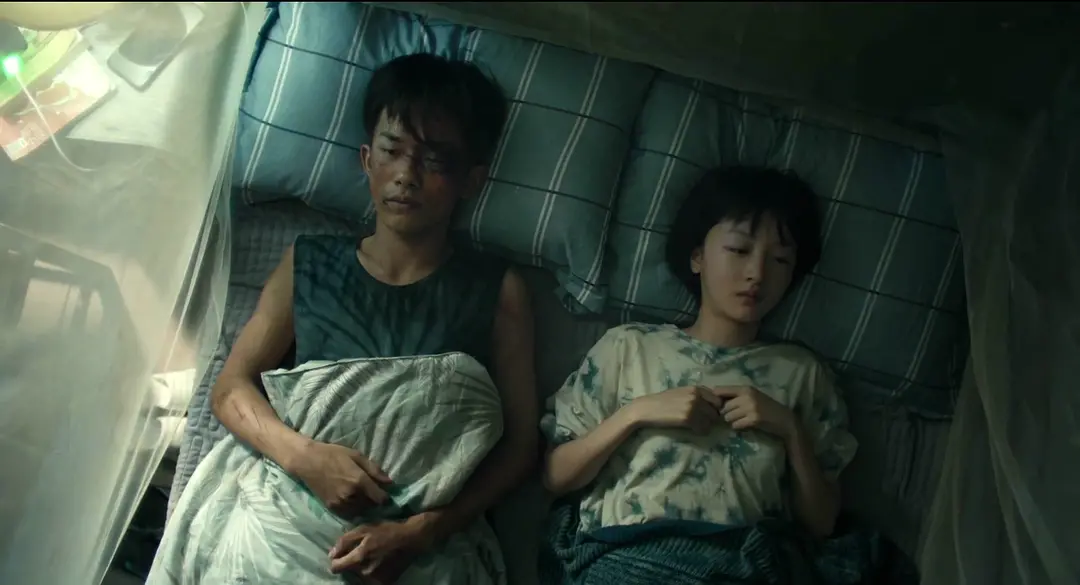