SCANDAL the biggest female rock band in japan! New album "Kiss From The Darkness" out!

RINA of SCANDAL: 「I want to pursue how to show new female drummers who are more than just cool」

SCANDAL is currently in its 13th year. These girls who have many fans both in and out of the country as Japan's leading all-girl band launched their new private record label this year and are aiming to progress even further. How has SCANDAL, who brought femininity to the band world where "cool" was standard, opened up this era? We interviewed drummer RINA.


Viewed from a biased perspective after making a brilliant debut in school uniforms......

RINA: I'm a fan of Ruru Ruriko, who writes a column for "telling,", and I like her works such as pictures and text where you can feel feminism in them. I got into "telling," by keeping up with her activities.

"telling," is a medium that lets you know personal parts that you can't hear from other people. All of its articles are very interesting. There are surprisingly few mediums that lets one write exactly what they want to say, and it feels like "telling," is breaking through that.


―――Thank you very much. Please feel free to say exactly what you want to say today too (laughs). SCANDAL is currently in this 13th year. As an all-girl band that combines popularity and ability, you have now gained many fans overseas as well. However, it seems that you had a hard time for a while after your debut. 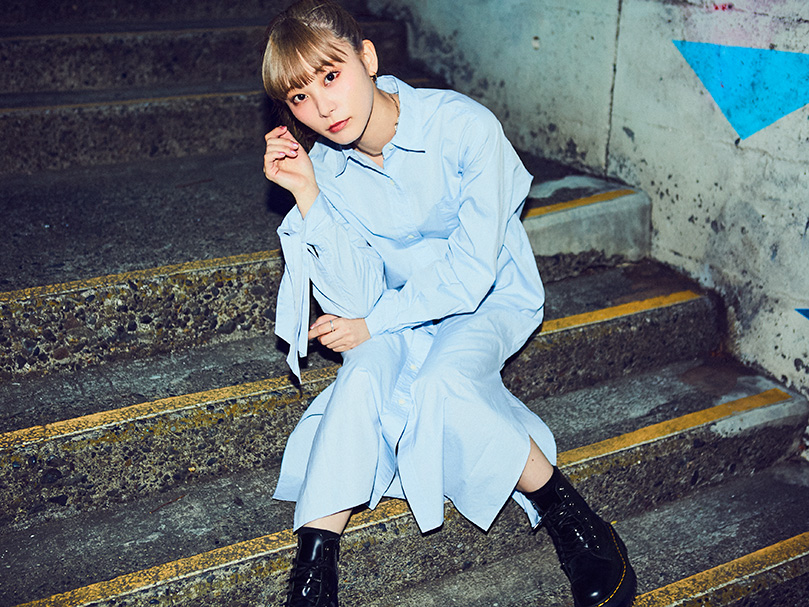 RINA: SCANDAL is a clumsy band that has always struggled and has kept on fighting. We formed when I was in my third year of middle school. Back then we didn't have any money, we toured around live houses in our school uniforms, and we'd go to the studio on the way back from school. Then, we caught the eye of a person from a record company, who thought "The strangeness between school uniforms and instruments is interesting," and made our debut in those blazers.

We did our activities in school uniforms for about three years, but the "school uniforms × instruments" combo seemed to have had more impact than we thought it would. We were conflicted that we could never get out of that image. Even though I'm 27 years old now, people still say things like, "Your band performs in school uniforms, right?"

Actually, the five years following our debut was a distressing time for us, not really being invited by festivals nor music magazines. We always thought, "Even though more and more bands of the same generation are being invited to things, why aren't we?" Although the band scene is dominated by males, people who were known as female musicians were also being invited to things, and it felt like we were being viewed from a biased perspective.


―――A biased perspective, as in what?

RINA: The same goes for our uniforms, and at that time we didn't write songs for ourselves. We may not have been recognized as "real" musicians. 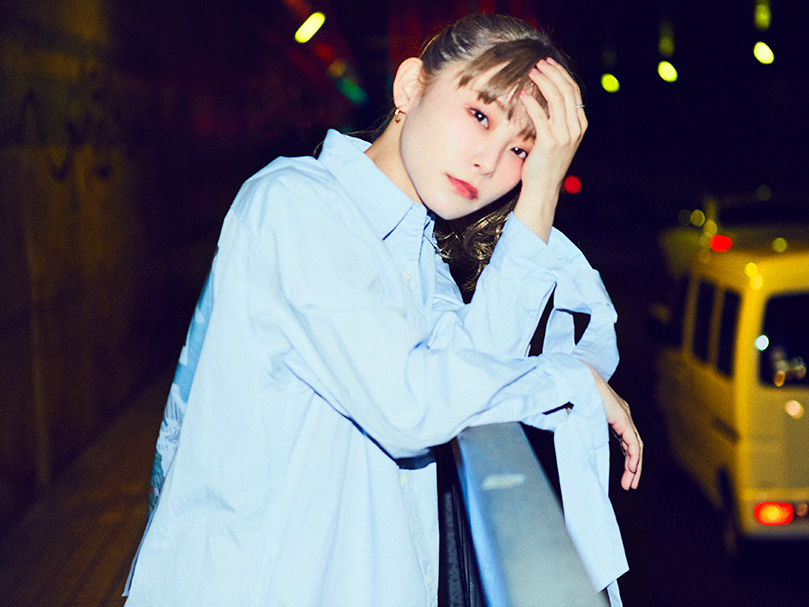 Good music is good and enjoyable, no matter who writes the lyrics and music. It's one thing to not be able to write songs and have someone write them for you, and another to be able to write them yourself. It's also totally different if you write them with someone else to make them better. I can say this now, but we might have missed the most important things by not being able to express our thoughts creatively back then.

After that, we worked on songwriting ourselves by trial and error, and it was about five years after our debut that we finally started being invited to festivals and our range of activities expanded. I think it's precisely because we had this period of discord that we were able to obtain an anger-like power that had us wanting to deliver ourselves straightforwardly.


Prohibiting skirts!? A revolution that took place within the male-dominated band scene


―――With the band scene being dominated by males, a female drummer such as yourself is still a rare thing to see.

RINA: Even now people are still a little surprised that I'm a female drummer. 120% of the time I get told, "I can't imagine you being a drummer based on your appearance." 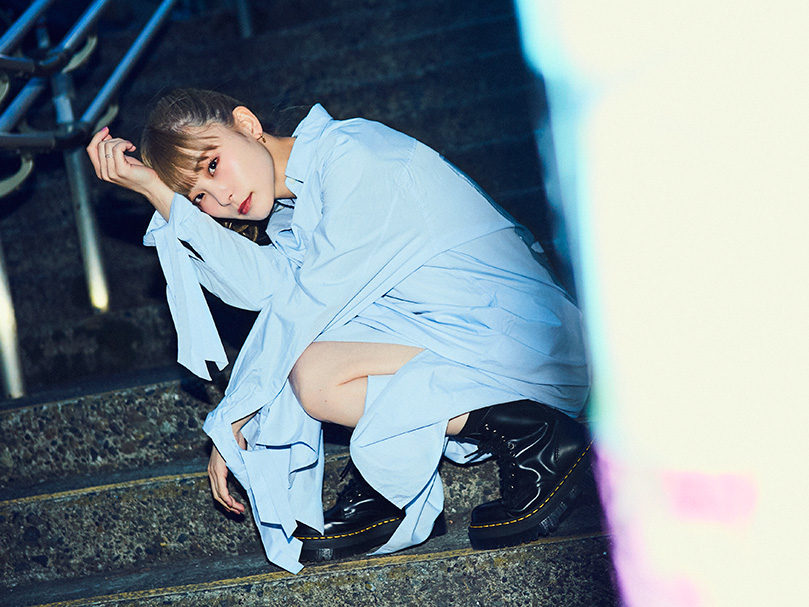 It's not something current, but there was previously a time when we were told that we couldn't wear skirts, nor get our nails done. That was advice from our staff who considered the band's image and branding even down to the little details at the time. However, I thought, "That's not natural at all!" and went ahead and wore skirts, and even though they said, "You absolutely must have black hair!", the day before a shoot I stayed silent and dyed my hair. It was blacked out in editing, though (laughs).

Drums are cool instruments, but I want to cherish not only coolness but also the flexibility and beauty that can only be shown by female drummers. I want to keep playing in a style that makes you think "That's lovely" when you see it. That's exactly why I want to live my life wearing clothes and makeup that make me excited, and why I want to be in a band while making sure to enjoy being a woman.

I've always hoped to be able to show how to enjoy and show this new kind of drummer. I think that the number of people doing these ways of thinking and expression about ten years ago was overwhelmingly less than what it is now.


―――Have the times caught up with RINA?

RINA: I don't know if they've caught up with me, but I think that the diversity of female musicians has been recognized. It's the same on Instagram, but I think that drummers would have gotten iffy reactions 10 years ago if they posted their outfits of the day. However, it's now common for musicians to post things other than music. I feel that everything is connected—not just music but also lifestyle, philosophy, etc.—and I want to send out all kinds of things. 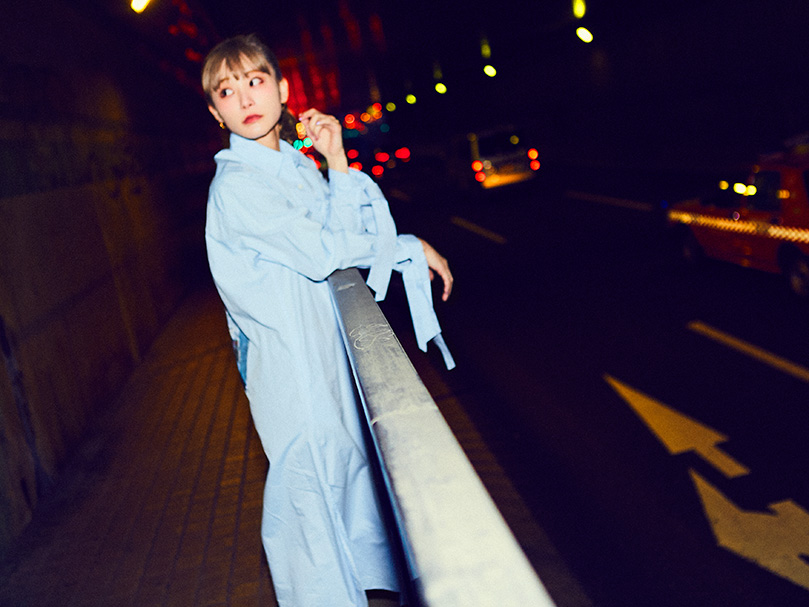 
―――In March, you released your new songs 「Masterpiece / Mabataki」 as a double A-side single on your newly established private record label "her."

RINA: We wrote a starting song that we're able to write precisely at this time, and is suitable for the start of spring. "Masterpiece" in particular has that image as if jumping into a new season. With the establishment of our private label, it's a song we were able to write feeling as if it's our second debut song.


―――Was the experience of releasing music from a private label different from before?

RINA: It was completely different! We've had various experiences so far, and we felt that we wanted to do something new soon. We somehow established invisible rules for the designs of our covers, the content of our songs, and the timing of our releases. Our desires to be released from these restraints and to pursue our ownness have been increasing year by year.

We want huge triggers and changes in order to keep going for a long time after this. Thinking that it might be time to change where we make things, the four of us decided to launch a private label.

It's of course hard to carve out a new path, but we were all unanimous in moving towards a direction that made us even more excited. When we launched our new label, I was glad that we're now able to dish out songs that feel fresh for us too.

I want to keep living by believing in what I want to instead of changing my favorite things to fit the norm. 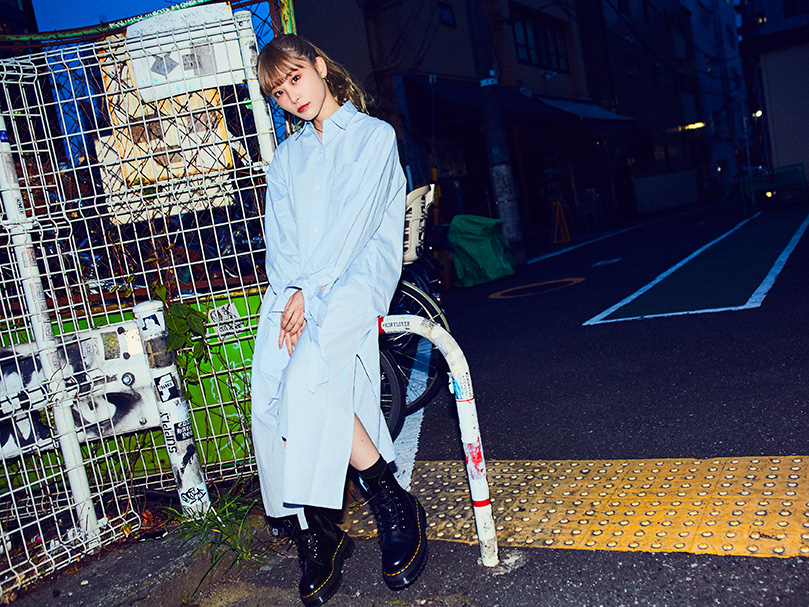 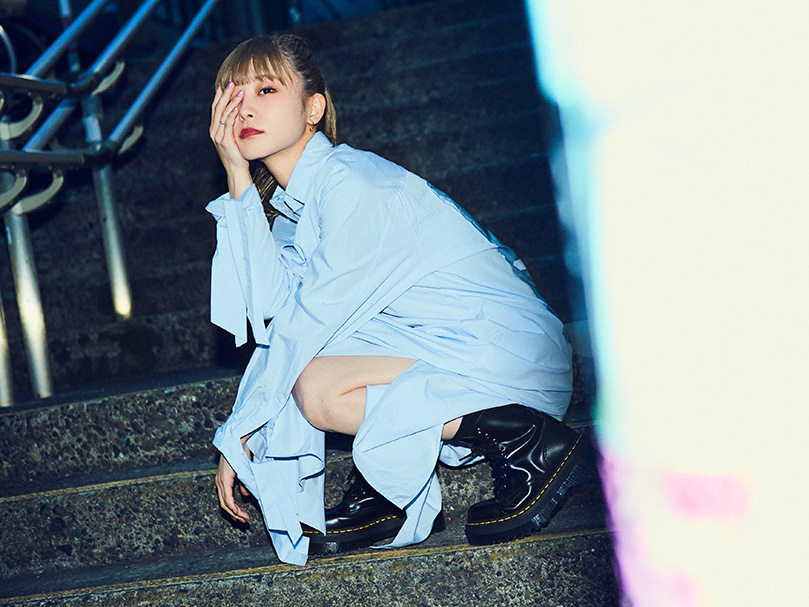 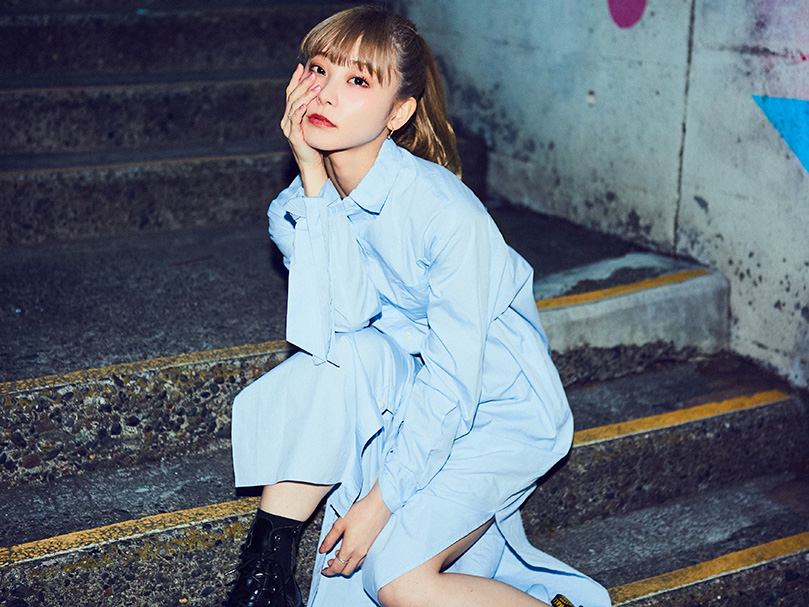 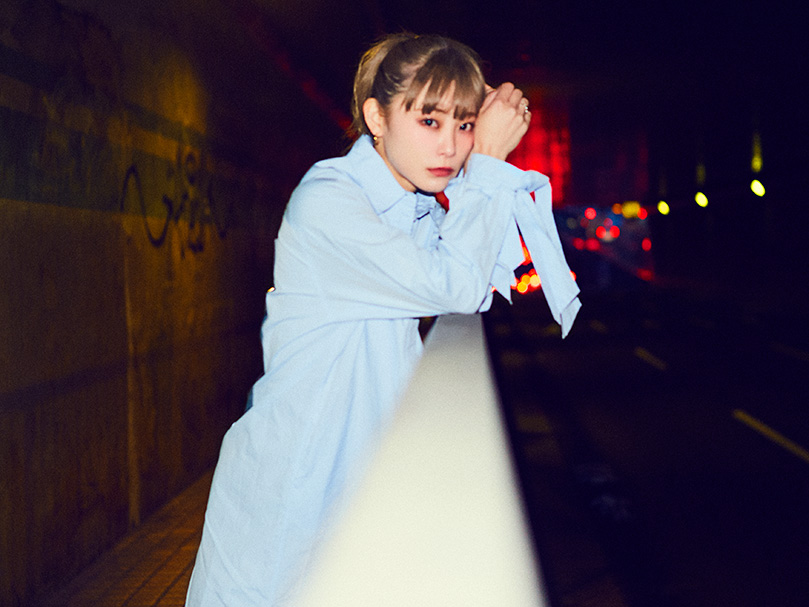 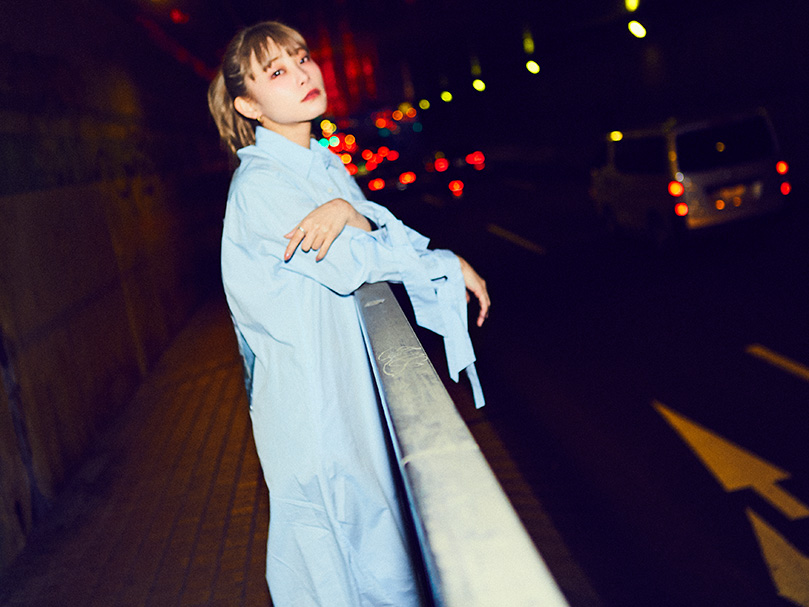 I know they said on twt they’d release their songs on Apple Music but do you know if they mean their old stuff too like queens are trumps and standard?

Stori said:
I know they said on twt they’d release their songs on Apple Music but do you know if they mean their old stuff too like queens are trumps and standard?

Pls tell me it isn’t for Japan only if they do
Click to expand...

all their songs, but despite what they say they are not up yet

i think next month is going to be fixed, when they do i'm going to update the title of the thread

Stan BiSH said:
all their songs, but despite what they say they are not up yet

i think next month is going to be fixed, when they do i'm going to update the title of the thread

rina twitter:「Airi Rissen-chan from AKB48's Team8 came from Kochi by herself to watch our live showー! Although she had a pass, she had bought a ticket. We talked a bit before we went on, and it made me happy that her love for the band was really conveyed. Her lock screen and LINE icon were both pictures of me, haha - She's so cute - I support her」

From @mmts_dayo - From when dressed up as an oiran (courtesan) one day?Number①

From @mmts_dayo - From when dressed up as an oiran (courtesan) one day? Number②
And, when I was a machi musume (city girl) when I had pink hair

From HARUNA's Twitter:
⠀
「Thanks, Yokohama!
We were greeted by the strongest of audiences during the first round of Kansai region shows, and it was so much fun! You guys were super strong!」