However, just few minutes after its release, Stone Music immediately deleted it. Take note that only Stone Music YT Channel handles all music releases of Jellyfish now unlike before where the group's own channel will upload the MV as well.

The MV is no longer watchable.


You can also see it from the official channel of Stone Music, under its playlist for VIXX that the latest upload has been deleted.


Up to now, no announcement regarding the MV getting deleted has been made. Many fans were disappointed especially since this is VIXX's newest release after Scentist which was released April 2018.

Location
camping outside vixx's concert in my dreams

i dont get it smh
wanst the release date 19th??? and then they be like it will all be reveled after next weeks concert??

welp good thing i disnt get to watch it
but the concept looks coool(and hot)! i wait for my hot futuristic scientists from the old novels till the 28th

I wonder what happened.. 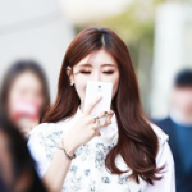 distributors are so annoying, fans should aways focus on streaming on the official channel

how deep is your love