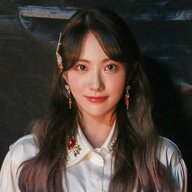 Z-Boys and Z-Girls begins their promotion in Thailand.

Z-Boys, Z-Girls is departing on November 17th at Incheon airport for their Thailand promotion schedule.

Especially, ‘Nine Entertain Channel MCOT HD 30’ which Z-Boys and Z-Girls are scheduled to make an appearance is drawing attention as Taeyong, Doyoung, Ten, Jaehyun and Mark from famous K-POP group NCT had made appearance before.

Moreover, Z-Boys and Z-Girls will have an interview with popular Thailand portal site and media. They are also planning to have a surprise busking to interact with their fans.

Currently, ‘Z-POP Dream Project’ is under progress to launch the 2nd generation of Z-Stars. Z-Boys and Z-Girls will appear to the audition program happening in Thailand and share their advice and comments with contestants.

As Z-Boys and Z-Girls are composed of global members, they receive many love calls from overseas. Thailand fans who already heard Z-stars are visiting Thailand expressed their expectation, “Want to meet them soon”, “Waited them for so long”, “Can’t wait to see the show”, “Wonder who will be the next Z-stars”

In particular, Mahiro who took a break due to health reasons, has come back to Z-Girls and will join the Thailand schedule and greet their fans.

Meanwhile, Z-Boys and Z-Girls will release a season song coming this December. For the season song, all Z-stars members will join which will receive most attention from the fans.

Mahiro first appearance after the end of her hiatus

I'm all in for Zstars but ffs. Give the groups you have currently music before debuting more groups
Reactions: Ronnie Mars and GuardianofTheCosmicRealm

Loonathehoe said:
I'm all in for Zstars but ffs. Give the groups you have currently music before debuting more groups
Click to expand...