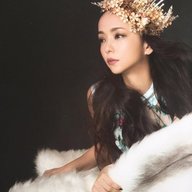 Apologies for the lack of updates. I've had a sick cat to take care of this week and she comes first. She's getting better now

I've translated the comments beneath the dance practice and MV for Cindrella Fit in case anyone is interested. The dance practice is close to 1.2 million views and the MV got 736k views in one week. The song also remained in LINE MUSIC's top 5 until this week's releases came out and pushed it down the chart.


[+277] This is the first song from the new E-girls that carries the feeling of old E-girls! !
I want this song to be popular

[+228] I didn't think E-girls' songs were bad up to this point, but I think this MV is good because it mixes the cool E-girls with the cuteness and catchiness of the E-girls from a few years ago.

[+195] This MV seems like the best one of new E-girls lineup!!
Everyone's individuality is outstanding.

[+113] Washio-chan is really cute!!!!
She said that she was not good at dancing while singing, but that doesn't seem to be true at all. She can dance and I really respect her!
Dance Practice Comments


[+515] I've remembered why I liked them in the first place.
Everyone is the real deal. The group puts in hard work and has talent.
They're the first group I really loved.
I really like this song.

[+275] I'd rather have more of E-girls rather than a new girl group from their company. They're capable of so much...

[+248] A video that reminds you that they're EXILE's sister group! Also, Wasshi's dance skill has gone up. I'm so moved

[+175] Their skill level is really high. Sandaime and GENE are good, but LDH should be more passionate about E-girls. Fly to the world, EG11!

[+92] Some will say that dance=Korea, but I think E-girls is ultimately better. Of course they're a Japanese girl group

[+91] I've been away from E-girls in the last few years, but this makes me want to come back

[+59] There's a KPOP boom right now and there's a lot of dances that anyone can imitate. On the contrary, EG is making use of their dance skill to show dances that other people can't easily copy.
Among female artists and idols, EG is the group that can continuously put out high level performances. They should keep taking advantage of their strengths!!!
LDH has been counting down to the physical release next week with customized gifs for each member. Today was Yurino!

They've also creates reaction gifs with scenes from the MV 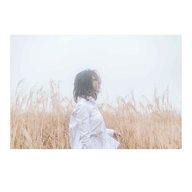 Thank you for the translations!

And thisss tbh - "[+228] I didn't think E-girls' songs were bad up to this point, but I think this MV is good because it mixes the cool E-girls with the cuteness and catchiness of the E-girls from a few years ago."

I was surprised they were combining the cool and kinda sexy look in the photos for the MV with the song itself, but as EG has always excelled at mixing concepts and basically embodying everything, it all works.

While Cinderella Fit actually did take just a few listens for me because I am a big fan of "EG Cool," I really enjoy it now.

And also, for a group known for its dancing, I've been thinking that Reina is doing really well. I never really thought she was out of place, and it says a lot that she can keep up with dancers who are seen as the best in girl groups.
Reactions: akhyre_728

Finally got around to checking out OH, only to find out it's gone. Good thing Amanda posted a link on twitter. Seeing familiar names here
Reactions: Nabi

E-girls will be on Buzzrhythm tonight!

Did ldh announce it or still ?

I can't get over how good Reina looks with that hairstyle idk she looks more mature
Reactions: Vivio

Reina without bangs is gold no matter how long her hair is . Karen with black hair is art

I'm a little surprised it's not Ciao Ciao, but maybe there's a reason for it lol

Hope flower are preparing something too

I'm a bit behind. Any update on what they were filming in LA?

So probably no new album until next year...


SomethingThere said:
They look hot but the outfits need burning
Click to expand...

I get what the designer was going for, but they didn't know when to stop. I prefer the denim look they had on the cover of the EG11 album.

Same that was classy this is trying too hard they litterally put tape and safety pin in this
Last edited: Jul 30, 2019

This era has been their strongest so far and it looks like that will continue.

EDIT: MIYUU has confirmed that the single covers and MV were shot in LA!

Thissss is so gooood

i'm happy that happiness are at least back to releasing regularly again, every time they do something I have this worry in the back of my mind that LDH will put them on hiatus for a year again (it's happened too many times)... anticipating the new MV!!

whatdiditdo said:
i'm happy that happiness are at least back to releasing regularly again, every time they do something I have this worry in the back of my mind that LDH will put them on hiatus for a year again (it's happened too many times)... anticipating the new MV!!
Click to expand...